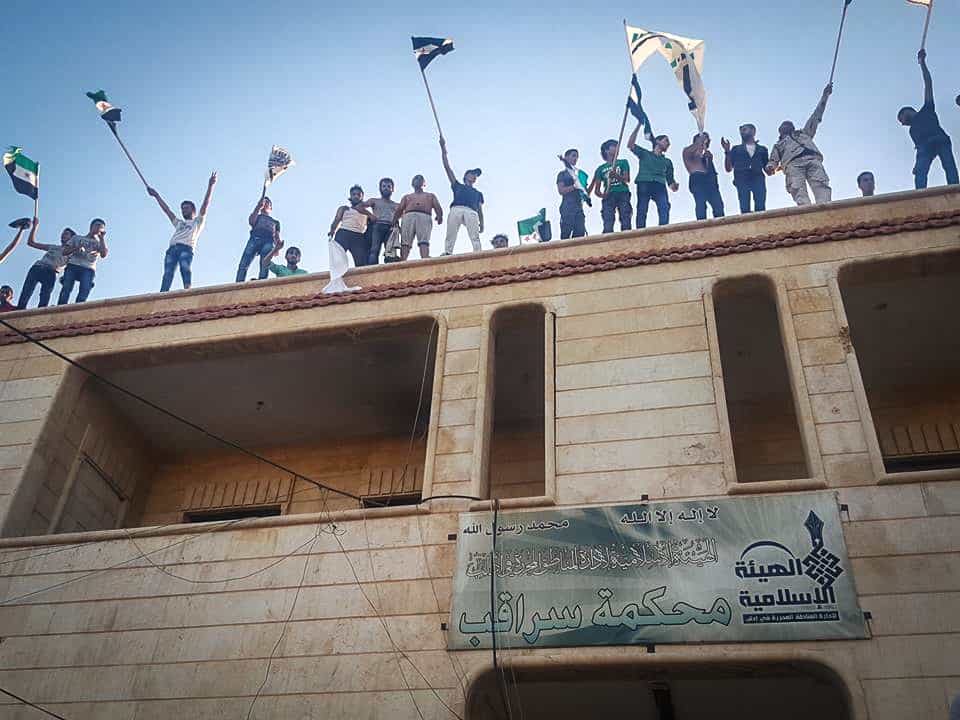 In Saraqeb, anti-HTS demonstrators occupied the local Sharia court in the summer of 2017