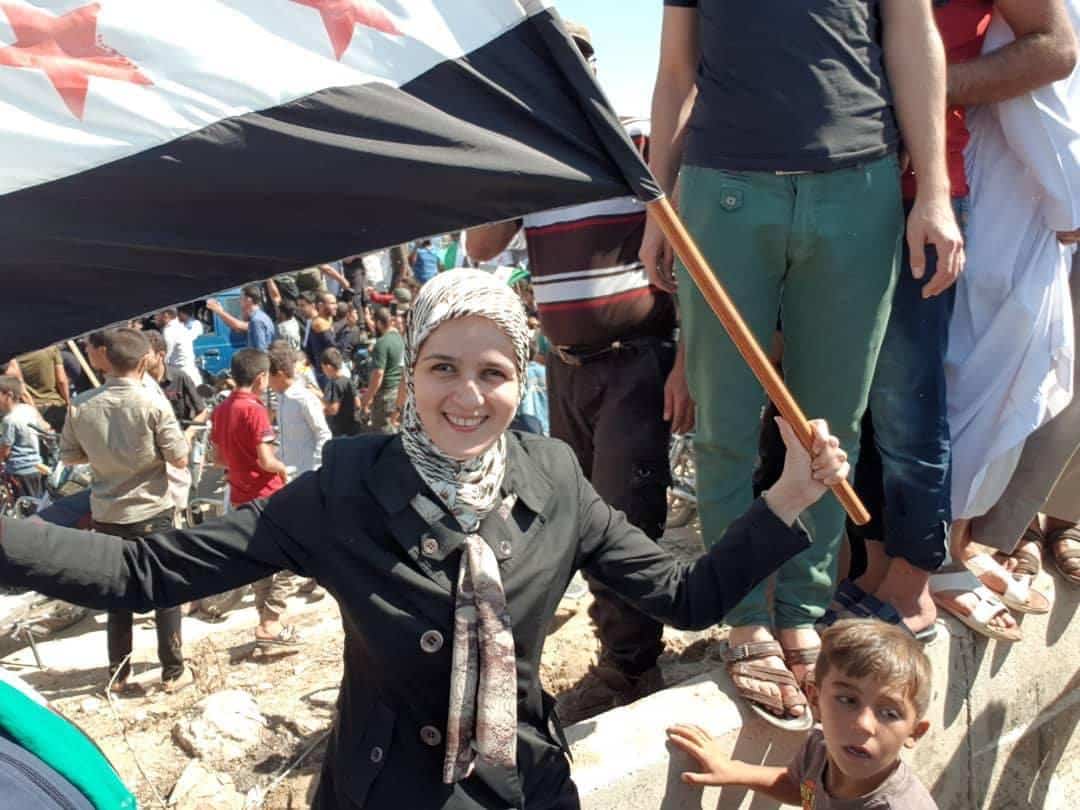 Huda all the time works to protect women from oppression and harassment, and to give them opportunities to look after themselves and their families. In the midst of the violence of the Syrian regime, Huda Khayti works with the team of her women’s center to counter the lack of prospects in everyday life characterized by war, displacement and deprivation. Since her work represents an immense enrichment for Idlib – in the social, civil society, but also in the humanitarian field – we express her our appreciation and our complete trust today.

We have been working closely with Huda Khayti since 2014 and initially supported the women’s center that she founded in Douma, East Ghouta. With her work, she defied the violence of the regime and its allies, and endured the chemical attacks, the siege and innumerable attacks in order to offer local women an alternative to everyday war. The center primarily supported women who had lost relatives by offering a safe space for exchange, learning and economic participation. In April 2018, Huda, like thousands of others, was forcibly displaced from Eastern Ghouta in the surrounding area from Damascus to Idlib.

But instead of leaving the country to Turkey, Huda Khayti continued to serve women in Syria and rebuilt her center in Idlib. The Women Empowerment and Support Center Idlib offers now a safe space where women can meet, learn from each other and support each other economically. In this way, the center helps to mitigate the economic consequences of war and displacement. In addition, the employees work with the support of respected organizations to prevent the Covid-19 pandemic from spreading among the tens of thousands of IDPs in Idlib.

In the long-term cooperation we never had any doubts about the honesty and reliability of Huda Khayti. We vigorously reject any defamation that attempts to discredit Huda Khayti personally or the center she founded. We demand that the local authorities work to prevent such dirty campaigns, intimidation attempts and direct threats. We hope to continue working with Huda Khayti for a long time to provide help and support to the people of Idlib as long as the international community fails to provide security to the people of Syria.

Help support the Women’s Center in Idlib with your donation!