Syrian Spring begins in the countryside

Arab Spring only reached Syria in mid-March of 2011, when Ben Ali had already been driven out of Tunisia, Mubarak was already under house arrest in Egypt, hundreds of thousands were demonstrating for freedom in Yemen, and the rebels in Libya had already begun to work together. Syrian Spring began in Daraa, a small city in southwestern Syria. On the 15th of March, 2011, parents and families held a demonstration in front of the governor’s mansion asking for the immediate release of their children, who several days before had been imprisoned and tortured for writing slogans against the regime on the wall of their school.

Instead of releasing the children, the governor dispersed the crowd of demonstrators with firearms, and many died. But the violence did not recede, for in the next few days increasing numbers of people showed up to demonstrate against the regime. Within a few days the numbers had grown from a couple of hundred to thousands demonstrating peacefully against the regime. 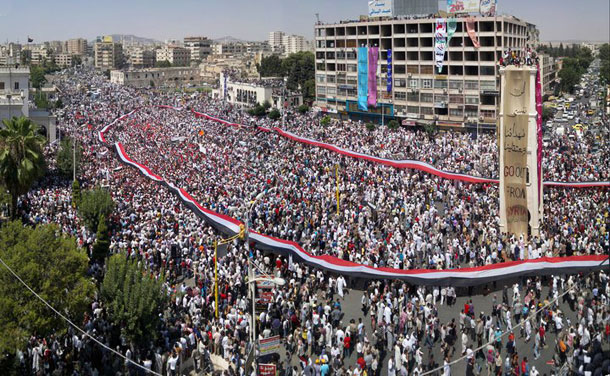 Inspired by the upheavals in other countries in the Arab world and motivated by the events in Daraa, people have been taking to the streets across the whole of Syria in order to demonstrate for their freedom and their rights. Tens of thousands of are now gathering daily across Syrian towns and cities to protest against the brutal Assad regime. Earlier the people had hardly dared express criticism for fear of the regime, but now fear has changed sides: the regime is now afraid of its people. 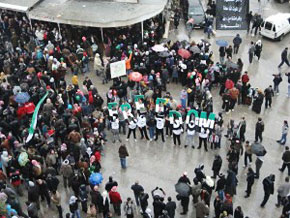 The Assad dictatorship has, from the beginning, proceeded with wanton brutality against the peaceful protests. According to the United Nations, more than 5,000 have been killed since last March, at least 40,000 have been arrested, and many of those arrested have been tortured. This only makes it more surprising and impressive that in the face of this violence, the protests have remained by and large peaceful. Much credit for this must go to the local citizen’s committees that have formed in recent months in almost every Syrian city (see Committees and Networks).