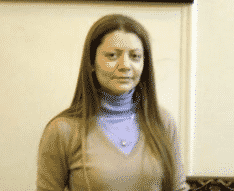 We are working with her since the end of 2011. Last night the human rights lawyer and activists Razan Zaitouneh was kidnapped from her office in Douma, Damascus. In the following we document the statement of the activist network LCC, whos spokesperson Razan is.

In the morning of the 10th day of December 2013, unknown broke into the headquarter of Violations Documentation Center in Syria(VDC) in Douma, Besieged Eastern Ghouta and arrested each of colleagues:

As it is obvious to everyone effort provided from the activists mentioned in the VDC and the Local Coordination Committeesto the revolution of dignity and freedom.

We the Local Coordination Committees Condemns this act and its perpetrators and hold them direct responsibility for any harm may effect them and remember that today is the International Day of Human Rights, which has consistently our activists to work on it throughout the years of the revolution and demand that the perpetrators of this act to disclose their fate and return them to their place of work immediately and unconditionally.

We will further support the civil resistance against dictatorship and radical islamists in Syria.