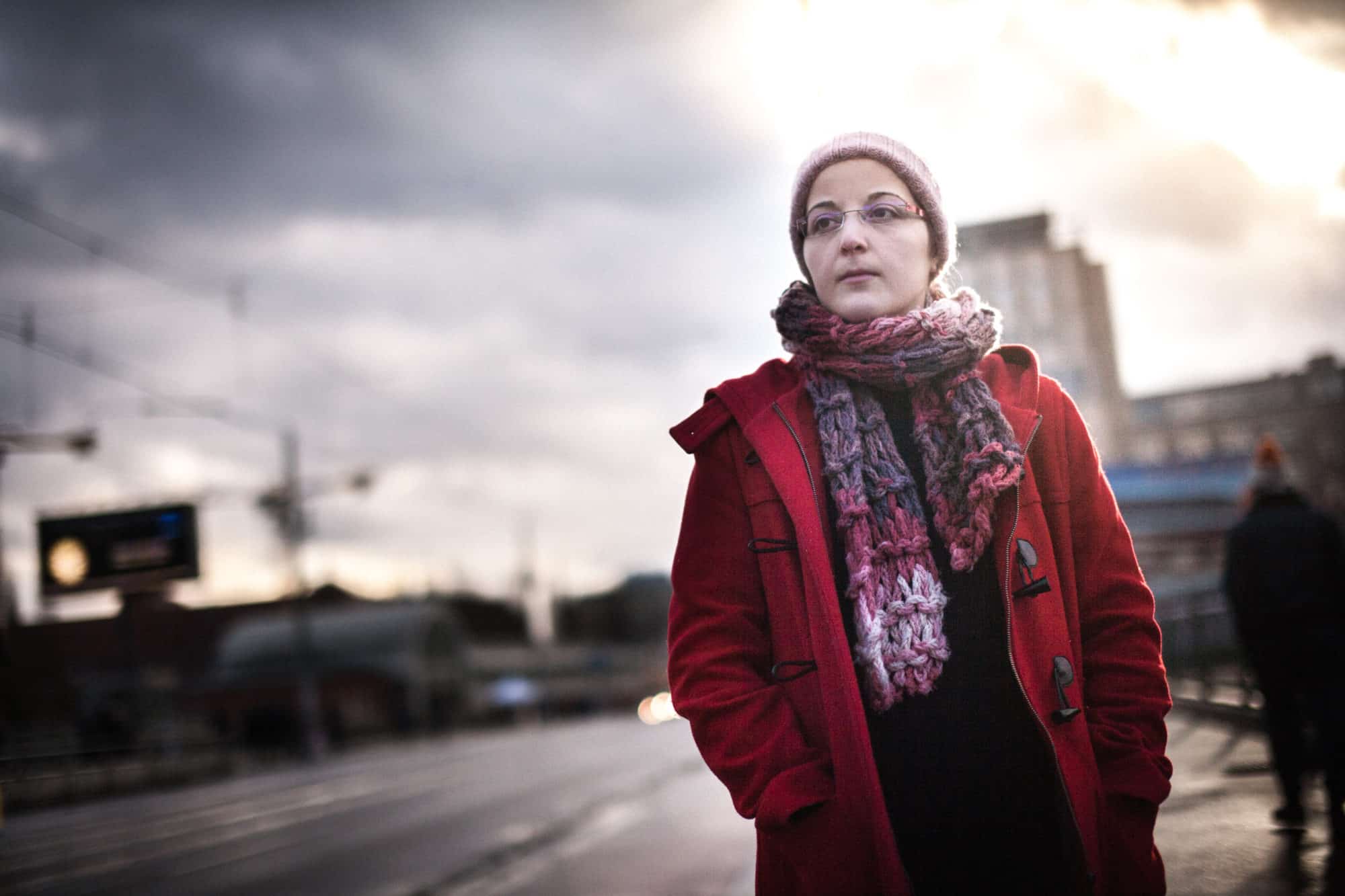 Whenever I attend conferences, meetings or press events, ever since I was expelled from Syria and fled to Germany, I tell the same story again and again of how it all began: not with al-Qaeda, IS, or the CIA, but with peaceful protests against a brutal dictatorship.

I have grown tired of having to continue to convince educated people in Germany after six years of uprising in Syria that Syrian civilians are entitled to protection and that war criminals in Syria must also be brought to justice. It feels like a long time and as if we have been talking to a wall.

For several months now, more and more Germans assume that Assad has already won the war. And some have even rejoiced that there is now peace. But what does it even mean to “win” this war, even from Assad’s perspective?

Ruling over hundreds of ruined cities and towns as well as hundreds of thousands of dead bodies? Is this what we call victory? Yes, Assad has remained in power, just as he predicted the entire time. He has done so by way of bombing, starvation blockades, gas attacks, torture, mass executions and expulsion.

As a politically minded person in Syria, life was barely possible

If we assess the situation from a political standpoint alone, Assad still cannot win: He has long since become a puppet of Russia, Iran and the Hezbollah. His allies not only control the military, but Assad has also had to give up the control of the Syrian economy. Now even his own security forces and intelligence agencies are beginning to elude his power. Even before the Syrian revolution, life was barely possible for politically minded Syrians. The climate of fear has become even greater: The areas controlled by Syria’s regime are a real life example of what George Orwell predicted in “1984”. This applies, in particular, to the areas the regime has now supposedly liberated.

And I am repeatedly asked the same question in Germany: Why does Assad have supporters who are happy to live under his control? I prefer to respond with a question of my own: why did Hitler have so many fans? Huh, why?

Because, as history has been teaching us for thousands of years, there will always people who celebrate even the cruelest of tyrants, be it out of ignorance, sadism, fear or even being advantaged by these rulers. But does that make a tyrant’s regime “legitimate”? Does that mean he is allowed to suppress, imprison, torture, starve and bombard everyone else? I am puzzled by how Germans, of all people given their history, always equate stability with peace or even justice. Have they learned nothing from their past?

We hear his family crying on the phone

While writing this article, I received terrible news from back home. My husband’s cousin had been killed by Assad’s shelling in Eastern Ghouta. We hear his family crying on the phone, while we are left here to feel how useless we are thousands of miles away from home. Tons of memories are brought up about the long list of beloved ones who have been killed since 2011. They all wanted nothing more than what I see here on the streets of Germany as a matter of fact: a life in peace and freedom. In Germany, a lot is being said about Assad’s “victory” in Syria – all the while thousands continue to die there.

One example can be seen in the UN offices in Damascus watching 400,000 civilians being starved and isolated in Eastern Ghouta. The UN has enabled the Assad regime to use a veto over aid deliveries to areas outside of Assad’s control. Over 400 patients need urgent medical assistance in Eastern Ghouta. If the regime continues to deny their evacuation from the besieged areas, they will be left to slowly die before their families. Hunger has been used as a weapon of war in Syria for years now, and nowhere has this been felt more than in the outlying areas around Damascus.

It is not over: Despite the “de-escalation zones”, civilians continue to die in the rubble of their bombed-out homes. Tens of thousands of people are still imprisoned by the regime for political reasons. The number of people executed and tortured to death continues to rise. Given all these well documented crimes, we Syrians do not understand how the international community could be thinking about an end to the war without protecting civilians from these massive war crimes! Or how they can assume that peace is possible without first bringing the war criminals to justice!

Our life has become one big balancing act

I dream one day of returning to Damascus and working there as a journalist. With every inch that Assad gains in Syria, this dream fades into the distance, like for so many others Syrians. And just like all other Syrians, I cannot stop thinking of the horrors that people in our country are experiencing. Our life has become one big balancing act. We constantly oscillate between times when we try to distract ourselves to avoid despair and moments in which we look at the situation in Syria right in the eye and ask what we can do.

And there is only one option: we cannot give up. Anything we are able to do against this barbarity counts, regardless of how small that might be. Whether trying to stop the humanitarian crisis or ensuring that there is an arena to deal with the crimes committed in Syria, one day we will be proud of the fact that we did not give up. Even if Assad does win the war, only we can win the peace.

Ameenah Sawwan is a journalist and an activist in the uprising against the Assad regime. She was forced to leave Syria at end of 2013 and has lived in Berlin since 2016.