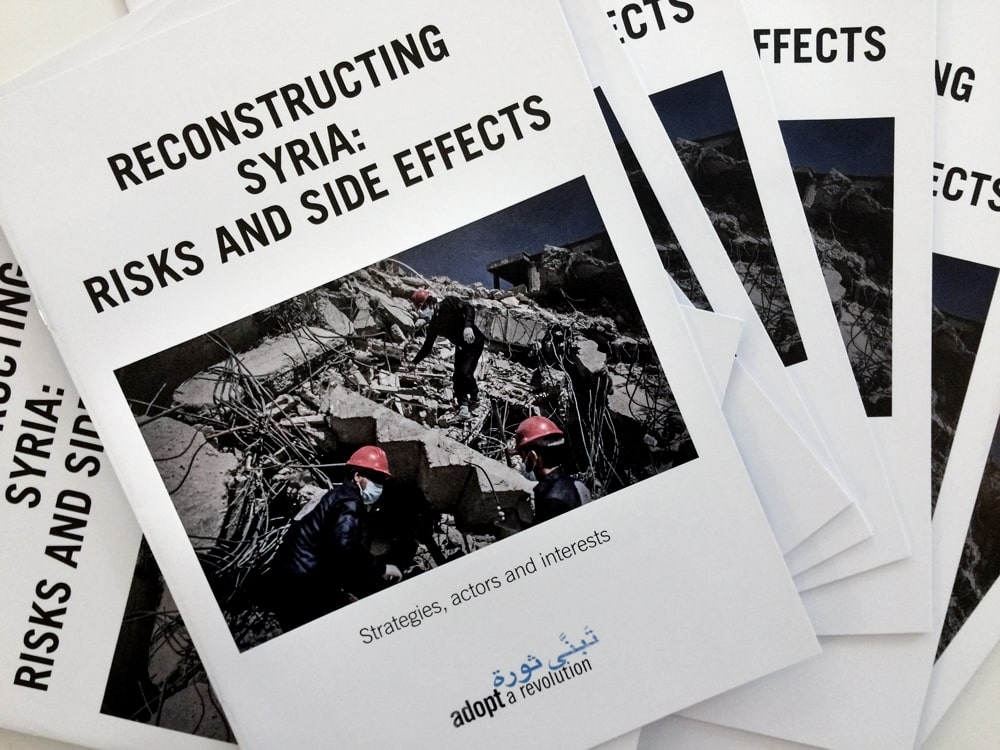 Since the beginning of the war, half of all hospitals and a quarter of residential buildings in Syria have been destroyed. About two thirds of Syrians live in extreme poverty, millions have no access to clean water, and about 50 percent of the population are still displaced.

In view of the plight of large sections of the population, it seems urgently necessary to support the reconstruction of Syria. At the same time, however, there is a threat that reconstruction aid will benefit not so much the suffering population as the dictatorship of Assad, its allies and its supporters, and that the causes of the conflict will not be alleviated but intensified. The study examines this problem from various perspectives.

The reconstruction plans of the al-Assad regime largely ignore the needs of internally displaced persons (IDPs) and refugees. Instead the plans cater mostly to the economic interests of the regime itself and its allies. Current Syrian legislation obstructs the return of IDPs and refugees, and legalizes the deprivation of rights of residents of informal settlements. Under the current circumstances, reconstruction would further strengthen the dictatorship and its nepotism, as well as fuel new conflicts. Reconstruction aid therefore presupposes a political solution to the conflict and must be based on the needs of those affected.