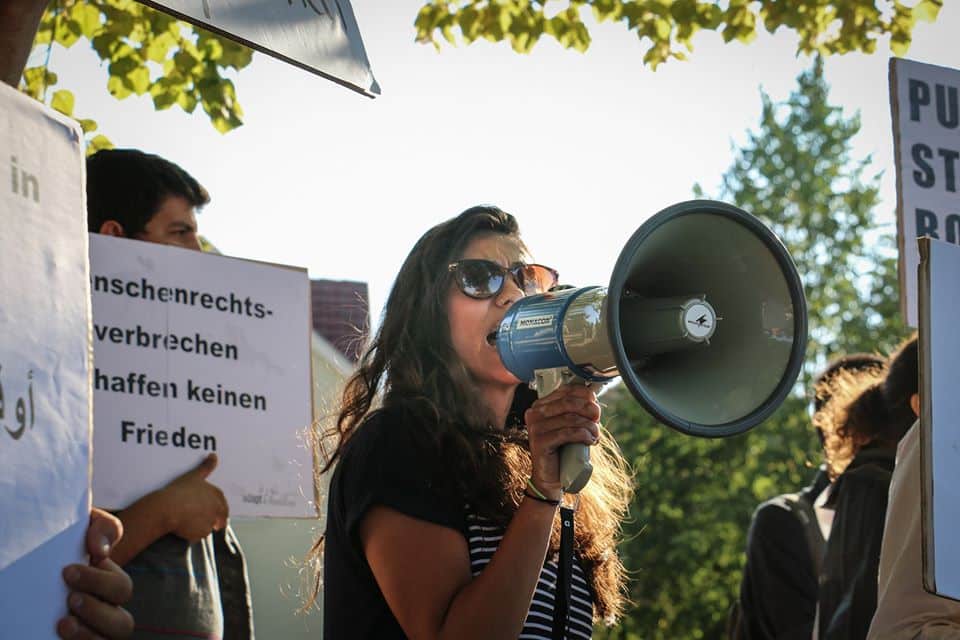 Ten years ago, the revolutions in Tunisia and Egypt marked the beginning of so-called ‘Arabellions’. A whole generation demanded the radical drop of political elites in power and a transformation of their societies. And even though this uprisings have often been framed as ‘failed’ (mostly due to the brutal suppression of the opposition and following tragedy in Syria) we today witness a new wave of protests all over: in Sudan, Algeria, Lebanon and Iraq. It seems that after all the uprisings didn’t come to an end – it has only just begun!
And we can recognize how women and the feminist movement play more and more a key role in it. For many activists, social and political liberation cannot be achieved without a liberation from the gender-role dogma. What does it mean for the movements on the ground? How do the activists shape a feminist revolution and encounter masculinity within a demand for political change? And how are the demands handled amongst the exiled movement in Germany?

On a panel the solidarity organization Adopt a Revolution invites feminist activists from the movements in the WANA-region (Westasia and North-Africa) and their diasporas to speak and discuss their visions and current involvements on feminist transformation. We hope for a fruitful audience discussion in the end.

The event will be held in English. German and Arabic whispering translation can be organized spontaneously.